Why are you capitalizing all the letters in Iowa?
1 x

longhotsummer wrote:I realize now, any opposing viewpoint, will not be tolerated.

jersey cubs fan wrote:Why are you capitalizing all the letters in Iowa?

Why AREN'T you capitalizing them???
1 x
Top

Quick reaction, seems similar to the Frazier pickup, Frazier has louder tools but Reyes has a longer track record of hitting at the MLB level. Speaking of, this probably says that Frazier is about done getting a meaningful chances as a Cub. It might say something similar about Schwindel too given that Wisdom is moving over there more.
0 x
Top

Like the move, he’s been a good hitter for every year but this year. Just hope he takes Frank’s and Fraizer’s ABs, not Nelson’s or other guys that need ABs.
1 x
Screw Pitchers
Top

He was a very fun bat before this year so certainly worth a shot. I'd also try and see if he could shift to 1B. There's room for a mostly DH on next year's roster if Willson doesn't stick around, but if Franmil could be part of the 1B mix too I'd think it drastically improves his odds of making it to next April with the org.
0 x
Top

I dig it. He could absolutely rake before this year. Still just 27. Feels like Frazier never really got a fair shake. 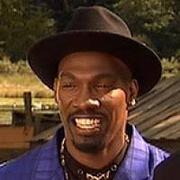 Funny, when I saw he was put on waivers I was hoping the Cubs would take a chance. I approve.
0 x

Florial’s a fun one in that he’s already been through the ringer - was once the next best thing since sliced bread, then super duper mega bust, and now at 24 is like some old man post-hype prospect with a better power/speed game and approach on offense…I don’t even know what to make of it…something about players developing later? After seeing the Yankees hold onto him and maybe especially the Dodgers with Cartaya - orgs being adamant about certain players vs others regardless of who is hot in the moment? Nothing?

Wesneski would be on regular rest for Thompson's spot. The other consideration is there's a lot of games without an off day, today is the 8th straight game and there are 16 in the next 15 days after today. Kilian seems like a decent bet for the 27th man on Tuesday's DH since he would likely be starting for Iowa on Tuesday.
0 x
Top

Hirokazu Sawamura designated by the Red Sox, averaging 96, 52% GBs…former SP turned closer in the NPB…should be cheap…multiple secondaries…one of those guys who may benefit from throwing his four seam less…I don’t hate him as an offseason option
0 x
Spoiler: show

Took me a minute of wondering how there were more incoming that outgoing to realize it was September 1st. Nice to see Estrada get to stay for an extended audition.
0 x
Top

I assume last night was Newcomb's swan song and like Estrada Little gets brought back up on a more permanent basis today?
0 x
Top

Bertz wrote:I assume last night was Newcomb's swan song and like Estrada Little gets brought back up on a more permanent basis today?

Estrada stayed up with expanded rosters, but yeah if there's someone you want to get a look at this year, Newcomb's not making any use of the roster spot.
0 x
Top

Red Sox called up Tristan Casas…big time prospect…similar to Mervis in that he’s massive, used to play 3B, and avoids the GB

Wesneski coming up. I believe the rotation for Cincy was announced so presumably in long relief? Piggybacking with Miley tomorrow?
0 x
Top

Wesneski coming up. I believe the rotation for Cincy was announced so presumably in long relief? Piggybacking with Miley tomorrow?

I can't muster support for this creep. I guess it's better not to know his personal philosophy.
0 x
Top

Reds callup possible leadoff man of The Future in Mike Siani…One of those guys who was prospect famous as a teen, signed, got buried as the league’s shifted it’s roster building towards the NFL’s 3 and out turnkey style component players, Developed without much fanfare, and now looks like a two way CF with a balanced/well rounded game

Rebuild 2.0 may not go as smooth and linear as Rebuild 1.0 did if they shoot for 5 years again (for scientific reasons). Everyone’s got prospects
0 x
Spoiler: show

I’d call this guy a strong prospect but:

Bae was found guilty by a South Korean court in 2018 of assaulting his former girlfriend, and was subsequently ordered to pay a trivial sum to the victim (about $1,750 U.S. dollars, which she donated to charity). Major League Baseball conducted its own investigation into the matter, ultimately suspending Bae for 30 games of the 2019 season under the joint domestic violence, sexual assault and child abuse policy.

"We struck down evil with the mighty sword of teamwork and the hammer of not-bickering." - The Shoveler
Top
Post Reply
124 posts

Users browsing this forum: No registered users and 6 guests