Fred passed away earlier this evening. He was diagnosed with cancer earlier this year, and it was already late stage and very advanced. He passed peacefully in his sleep, in his home. He is survived by his wife, three sisters, two children, and three grandchildren.

Our family wants to express gratitude to everyone on this site who knew him and went to games with him and joked with him and made fun of him and cheered the Cubs on with him. He loved the Cubs as much as anyone ever has, and he loved going to games all around the country with people from this forum. It meant a lot to him, and we are grateful for the friendships he had that started here (and on cubs.com and espn).

Anyone who has any stories, memories, or pictures of Fred, whether you knew him IRL or not, please share those here. I'll start with one:

Fred wasn't often a very loud Cubs fan at the ballpark, but when Jeromy Burnitz played for the Cubs, every single time they announced him over the PA system, he yelled "COME ON, BEER NUTS!" He did this every. Time. I can't eat a beer nut without thinking of that.

ETA: For those who wish to make a donation in his honor, please donate to the Rizzo Family Foundation, which provides support to the families of children battling cancer.

I don't have any stories leaping to mind, but I am not afraid to say that I'm crying my eyes out right now.
5 x
Spoiler: show

So sorry to hear this. I never met Fred in person(not for lack of effort on his part), but he was always great to interact with here. Thoughts and prayers with the Hornkohl family.
0 x
Top

It's just not right that he didn't get to see season through. This is the one, man
6 x
Top

Cubs are 91-0 when they score more runs than their opponent.

We're all pretty pissed at him for not holding out 7 more weeks, but none of us are surprised that he'd rather get the view from the booth with Santo.
18 x
TOAD SUCK 4 EVER.
Top 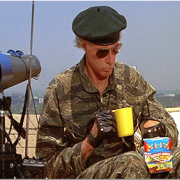 Man... Fred is the only NSBBer I have met in person.
0 x
CUBS PACKERS MIZZOU
Top

Of all the horsefeathers cups of coffee I've had at 24 hour diners, the ones with Fred were my favorite.
3 x
. . .
Top

I will have to start using 'in the hold' in his honor.
3 x

longhotsummer wrote:I realize now, any opposing viewpoint, will not be tolerated.

RIP Fred. Not going to be the same without seeing his stats. Ugh.
0 x

I will have to start using 'in the hold' in his honor.

Was that what he said to describe the spot in the lineup after the guy on deck? Awesome.
0 x
TOAD SUCK 4 EVER.
Top

I will have to start using 'in the hold' in his honor.

Was that what he said to describe the spot in the lineup after the guy on deck? Awesome.

I was 14 back in 2004 when I signed up for Northsidebaseball.

At that age, I didn't know much about baseball, let alone the statistics associated with the game. Fred posted those stats he referred to as "worthless" or "useless" stats of the day such as the Cubs record on Wednesdays. Slicing and dicing up data in that manner, reading that at a young age, as useless or as worthless as it may have seemed, really provided us with an analytical view of things. Using some sort of secret database and all kinds of queries, Fred got us those statistics. It actually wasn't useless, it let us think outside of the box to some degree. And going through adolescents in an age where the mind is develop it's critical regions, it definitely helped me and I can't thank enough Fred enough for taking the time to do that for us.

Nobody was a bigger Cubs fan than Fred. Nobody else but him would have the willingness to start every horsefeathering Game Thread for the rest of the season when mediocre Cubs teams tanked by mid-May. Nobody would sit in game threads in years like 2006 --- doing play-by-play from start to finish. After so many decades of seeing the Cubs lose --- how did the man find such motivation or willpower to commit such compassion towards a lackluster team?

Fred set an example for all of us as Cubs fans, and even life. He always stayed positive towards them, somehow. And even though I never truly knew him or met him, I am sure he was a positive person in life --- and responded positively towards every situation that came his way. I just wish he could have lived long enough to experience what he had been yearning to, because nobody deserved to experience it more than him.

Rest in peace, Fred. I wouldn't want your final post here to be anything else but this:

CubmanPi, let us know if there's anything we can do.
0 x
Spoiler: show

I'm so so sorry to hear that. Fred was a great guy and as strange as it sounds made you feel like a really good friend the first time you met him. RIP to one of the key people who made NSBB the great site it is. And sorry for your loss Pi, please let your family know that he had a great community of online friends who will miss him dearly.

make him the patron saint of this messageboard.
3 x
Top

Fred having fought in the Spanish American War was one of the first NSBB memes. He always took it in stride. I can't recall anyone having a single bad thing to say about Fred. I'm not sure I can say that about anyone else here. I'm really sad to hear this news.
10 x
snoodmonger wrote:Schwarber dong was as swaggy a dong as you're gonna see, fellas. If he'd dropped the bat cleanly, it would've jumped up and flipped itself.
Top 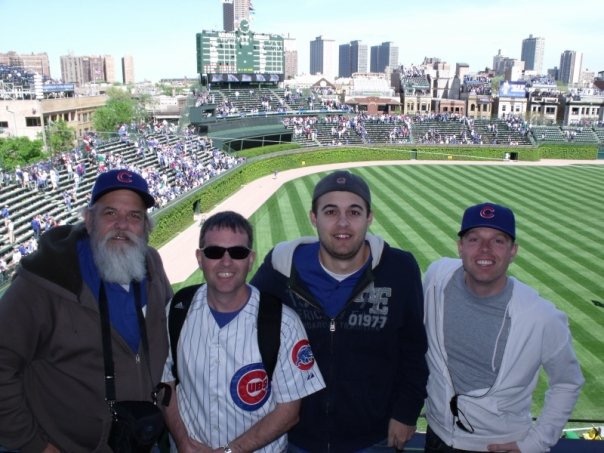 So sorry to hear this. I loved how he could pull up any Cubs stat at any time.

CubInOK wrote:Cubs are 90-0 when they score more runs than their opponent.

Perhaps you should pick up where he's left off. Pi, send him Fred's famous spreadsheet. You will probably have a couple months worth of data to update but then after that you should be all set
0 x
Win it for Fred
Top

This is awful news.

Fred was around when I was first learning about baseball statistics. I remember so vividly wanting to be able to do the sort of things Fred could do. I had a buddy with some database building experience willing to help me out. Before I got started on the project, I approached Fred about the way he was doing things.

Here I was, threatening to hone in on his territory -- the very thing that everybody thinks of when they think of Fred. And what was his response? He was about as helpful as could be humanly possible.

That's what I think of when I think of Fred -- a guy who would set himself on fire to keep you warm.

As for that little database project, it never got off the ground. I ultimately figured out that I could never replace Fred. Nobody can.

CubInOK wrote:Cubs are 90-0 when they score more runs than their opponent.

Perhaps you should pick up where he's left off. Pi, send him Fred's famous spreadsheet. You will probably have a couple months worth of data to update but then after that you should be all set

He ran it on Lotus. I don't even know what that is, other than the move Will Farrell did with Napolean Dynamite in Blades of Glory. I already thought about grabbing that, and maybe making an off-season project out of getting caught up on it. I'm not sure any ten of us would have the time or devotion it would take to keep that thing going, but I'm game to give it a shot.
6 x
TOAD SUCK 4 EVER.
Top
Post Reply
250 posts